Join Our Newsletter
Shop Our Store
MAIN MENUMAIN MENU
By Brian McLaughlin on January 16, 2020 in 2A, Law 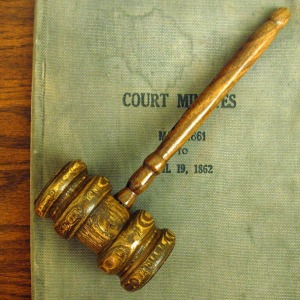 Virginia Governor Ralph Northam has declared a State of Emergency to ban weapons of any kind from being carried around the capitol in advance of the Second Amendment rally planned for the 20th of January. The State of Emergency, and weapons ban, is set to go into effect this Friday from January 17th at 5 p.m. until Tuesday the 21st at 5 p.m.

According to Northam, Virginia law enforcement officials have identified what he referred to credible threats of violence from out of state militias and hate groups during the rally.

The event which concerns the Virginian Governor, is Lobby Day headed by the Virginia Citizens Defense League. Huge numbers of people are expected to be attending the demonstration, with 2nd Amendment supporters traveling from all over the US to attend. State event planners told government officials the number of attendees could reach 100,000 citizens.

Large numbers of buses have been chartered across Virginia in order to transport the host to the state capitol to protest the firearm restrictions which are steadily progressing through government channels.

In a statement to Virginians about his decision to declare a State of Emergency, Governor Northam said:

“We support citizens’ rights to peacefully protest and express their views to their elected officials. But we must also keep the public, as well as those who work around Capitol Square, safe.”

Governor Northam, who was himself accused of racism early last year, implied alignment of the VCDL rally with “White Nationalists” at a Unite the Right rally in Charlottesville in 2017.

“State intelligence analysts have identified threats and violent rhetoric similar to what has been seen before at other major events such as Charlottesville,” said Northam.

Others in the media are also attempting to assist in painting the VCDL rally as racist and downplay it as nothing more than a few white supremacists gathering at the state’s capitol to protest.

In an article titled “Charlottesville Banned These Far-Right Activists, but They’re Bringing Their Guns to Richmond,” Will Sommer, a writer for the Daily Beast, said “dozens” of Virginia localities have declared themselves second amendment sanctuaries.

He is of course correct, as the VCDL reports over 10 dozen (130) Virginia counties, towns, and cities are refusing to enforce what they view as unconstitutional gun restrictions.

Threats made by Northam, and suggestions by other Democrat lawmakers that the National Guard could be called in to forcibly apply the laws, and/or prosecute and cut the funding of local officials refusing to follow orders, have made tensions increasingly higher.

In contrast, VCDL president Philip Van Cleave says the rally is about gun control only, and warns attendees not to be goaded into conflict by opponents:

“VCDL Lobby Day is a peaceful event about gun rights and NOTHING ELSE. We are NOT there to have arguments with the other side. They lobby, we lobby, and never the two shall meet.  Just ignore them.

And we are not there to push any other agenda.  Our total focus is on protecting our right to keep and bear arms. Period. This is not about flags, statues, history, etc.  Just guns.

If you somehow find yourself being harassed by the other side, don’t engage them. They could well be baiting you and recording what you do for propaganda purposes. If necessary, go find a police officer and let them take care of the person causing the disturbance. Otherwise, just ignore them and go about your business.”

Van Cleave went on to ask those attending to support the Second Amendment not to carry long guns because it could detract from the purpose of the demonstration.

“If you are asking how you can help with VCDL’s mission, carrying long guns at Lobby Day is not helpful – it is a distraction. VCDL’s important messages inevitably get lost as the press rushes to get pictures of anyone carrying an AR or AK.

The stories then become about the rifle, not VCDL’s agenda. You can set your watch by it. Long guns are not easy to carry in a crowd, either. VCDL needs its voice heard loud and clear in order to able to stop the onslaught of gun-control bills.”

Despite the mainstream media largely refusing to discuss what is currently happening in Virginia, many eyes of the nation are watching these events unfold.

In a statement which lacks a certain level of self-awareness, Governor Northam said,

“I believe them when they say this is a peaceful event — that’s what democracy is,” he said. “Unfortunately, they have unleashed something much larger, something they may not be able to control.”