Join Our Newsletter
Shop Our Store
MAIN MENUMAIN MENU
By Brian McLaughlin on January 23, 2020 in 2A, Law 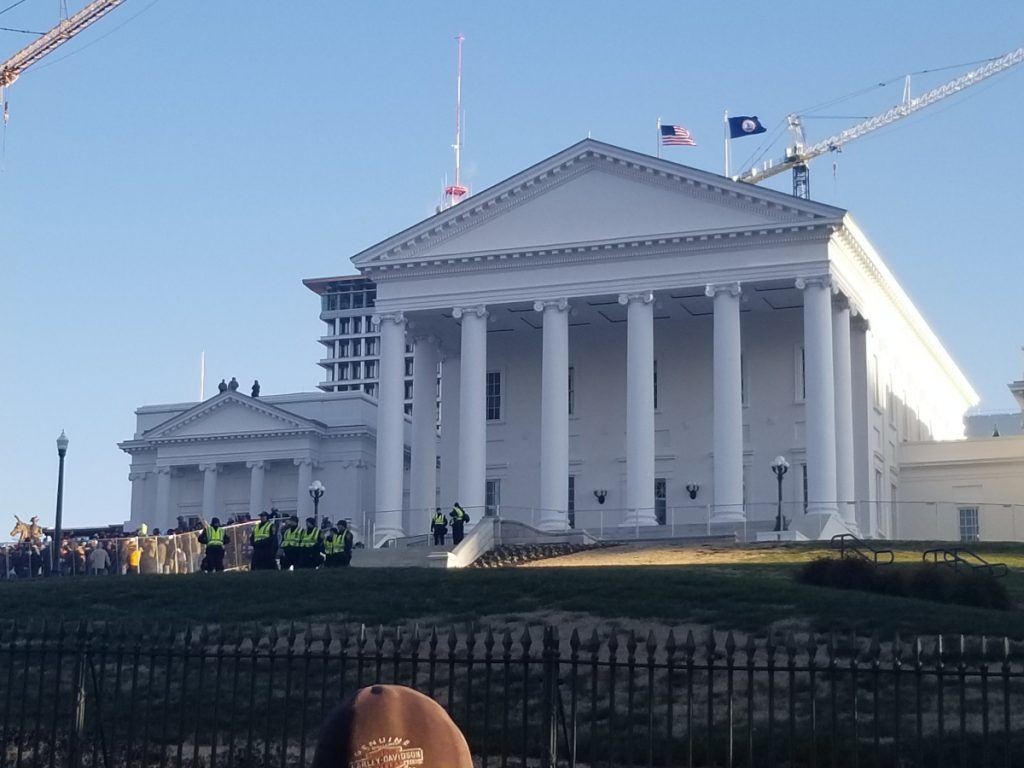 I’ve never been to a 2nd Amendment rally. So, when I heard about the gun control measures being forced on Virginians by Governor Ralph Northam, and the threats from his Democrat colleagues in Richmond, I knew I had to attend if possible.

Being a “starving artist,” meant it was going to be difficult, but such extreme government overreach being voted into law prodded me to attend.

I’ve followed the news carefully since posting my original article covering the anti-gun laws being voted on this year and was disheartened to hear Northam attempting to paint the rally as a “White Nationalist” event.

Northam, fellow democrats, and many in the media, claimed the rally was nothing more then heavily armed racists marching on the capitol to intimidate the public.

Democrat representative, Alexandria Ocasio-Cortez, in a typical misunderstanding of the situation, said she couldn’t fathom why there were almost no police in the area to rein in the racist demonstrators flying confederate flags.

While Miss Ocasio-Cortez did not bother to attend the event in order to ensure she was not misinformed, I did.

I also saw a huge police presence, complete with roof top snipers, dump truck barricades in every intersection, and multiple helicopters, and I did not see a single racist sign or confederate flag.

Although it was certainly true that thousands were heavily armed, there was absolutely no bigotry in sight. The attendees of the rally were predominantly white, but every race was well represented, and all were united against Governor Northam and his wildly unpopular laws.

I will be the first to admit that the Gay community is not one which I have much experience with, so I was excited to speak with a few 2nd Amendment supporters who were there to represent their community as well.

I was especially interested in if they felt they were being ostracized or targeted in anyway. Each and every one said they felt comfortable, safe, and were being treated with the same decency every law-abiding citizen deserves. 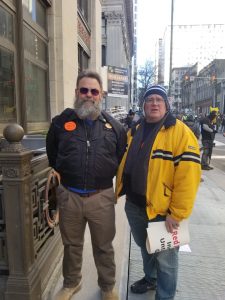 “The 2nd Amendment is important to the gay community,” said Joe Tremble who was in attendance with his husband Michael. “There are a lot of people who want to hurt us and it’s important that we are able to defend ourselves. We have the same right for self-defense as anyone and these laws would take that away.”

One demonstrator, flying a rainbow flag with the “Do Not Tread On Me” snake, said he had been approached all day by fellow activists and not one person had a negative comment.

“Everyone’s been great,” he said. “They come up and ask what we’re about and thank us for being there.”

If this was a “White Nationalist” rally, it must have been the worst in American history. 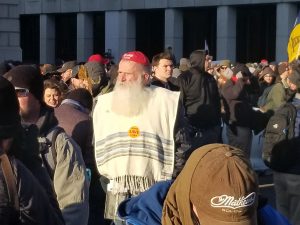 There were easily more people carrying weapons then those who were not. My brother attended the rally with me, and both of us being military veterans, we were nervous that there might be a negligent discharge (ND).

Both of us have witnessed trained soldiers, Marines, and sailors have NDs, so with an estimated 22,000-25,000 people attending the rally, odds were good that there would be at least one mishap and I feared the media backlash that would come from such a problem.

Our worries were for naught, however, as every American citizen was fully competent, responsible, and safe in their conduct. 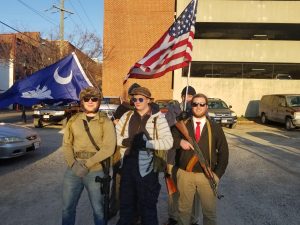 I looked on proudly as protesters shook the hands of on-duty police officers and walked around picking up any loose garbage in their vicinity.

Business owners in the area who remained open, told the Washington Post the demonstrators weren’t the angry screaming crowd the media said they were going to be.

Jennie Skinner, the owner of a local coffee shop, said she’d meant to post a sign saying firearms weren’t allowed in her shop, but forgot as 2A supporters flooded in for something hot to drink. Her well-armed customers turned out not to be a problem.

“Everyone has been beyond pleasant,” she said. “In fact, it was kind of fun.”

The owner of Wake Cafe on Franklin Street, Wade Thomas, corroborated the report:

“We had no idea what was going to happen,” he said. “But the crowd today was some of the nicest people.”

Ben Collins has deleted his tweet that smeared the many good gun owners who will show up to Richmond tomorrow to advocate for their Second Amendment rights. pic.twitter.com/uK2aXeXj8n

Politicians without honor, like Northam, and disreputable journalists like NBC reporter Ben Collins have their work cut out for them. In order to sway the public, they must portray 2nd Amendment supporters as an unruly, uneducated, and bigoted mob. But from what I saw in Virginia, those lies will continue to fall flat.

Responsible gun owners hail from all walks of life and are widely good quality Americans who just want to be able to protect their families, and I am so proud of the way we conduct ourselves.