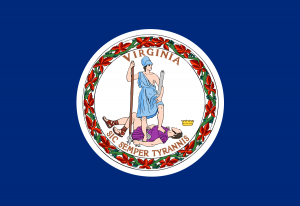 2-11-2020 — The Virginia House of Delegates voted 51-48 to pass the anti-gun House Bill 961. Even with the tremendous showing of support for the Second Amendment you brought with you to the rally last month, the anti-gun democrats moved forward with the legislation.

And in fact, they said they didn’t care.

This bill will effectively place a ban on “assault style weapons,” “high capacity magazines,” and suppressors. Though, this bill has been amended to have a grandfather clause, meaning that if you already have the items in question you will be able to keep them (with the exception of your magazines), this is still an anti-Constitution move and an overreach of power from people who want to just disarm their populace in the name of “safety.”

What is ironic about this, is that there is nothing “safe” about it. When you’ve got 20,000+ armed to the teeth patriots on your doorstep, and you’re threatening to disarm them, you’ve thrown “safety” to the wind at that point.

What is interesting at this point, is the split taking place in the vote. The 51-48 split is only a very narrow margin, even though the democrats have a total of 55 seats in the chamber. This means that a few democrats did not vote to pass this legislation, which is promising because they only have a two seat majority in the 40-seat Senate.

There is currently a 21 to 19 split, in favor of the democrats in the Senate.

If all 19 republicans vote against the bill, which they better if they want to keep their jobs, but lose a couple of votes to the democrats in 2A Sanctuary areas, this bill may be dead in the water as it should be.

This means that your work in Virginia is not done yet. While I’m based in North Carolina and certainly have your six, things are heating up and you NEED to be reaching out to your lawmakers to tell them you don’t want this bill to be passed. There’s only so much us outsiders can do, but you HAVE to continue to fight.

You have not lost yet. Contact your lawmakers and let them know they’ll be fired if they support this.

Leave your thoughts in the comments below.